The black cab is an icon that is as much a part of London as the red double-decker bus and big ben. It’s sleek design and spacious interior has made it a popular choice with passengers looking to travel through London. It is also a perfect tourist attraction.

While the UK has many iconic symbols like the red London buses and telephone boxes, one that doesn’t get mentioned enough is the black cab. Still, you can find it in almost any souvenirs shop in the UK. Why is this classic car so significant, what is its history, and how did it become such an iconic UK symbol?

History of the black cab

The black cabs are also known as Hackney Carriages, and this is because the first documented Hackney coach operating in London dates back to 1621. The east London borough was part of Middlesex and the village was famed for its horses and horse-drawn carriages.

While black cabs are associated with London, the term Hackney carriage includes the famous yellow taxi’s in New York (known as Hacks), and others services in the UK. The last horse-drawn carriage service in London stopped in 1947.

In 1897 the London Electric Cab Company introduced 25 electric hackney carriages to replace horses, with internal combustion versions coming in 1901. in 1910 motor cabs outnumbered horse-drawn coaches for the first time. In the last few years, the move has been back to electric vehicles to help with climate change.

‘One of the black cab’s key attributes was its ability to turn on a 25-foot (7.6-metre) radius, a feature that was apparently designed specifically to accommodate the tiny entrance roundabout at the illustrious Savoy Hotel’, the travel site The Culture Trip explains.

The comfortable interior in the back made trips with this cab extremely comfortable for passengers from the beginning. Instead of focusing mainly on the comfort of the driver, customers now travelled more pleasantly compared to other taxis.

In the beginning the car model Austin FX4 was used, which began serving customers in 1958. Later, the famous industrial designer Sir Kenneth Grange was hired to create a new model – the TX1 still maintained the charm of the original vehicle, with some upgraded features.

There are many features that make the black cab stand out, including the height of the roof, which makes it easier to enter and exit the back. The doors are wider which gives it a more luxurious feel.

How the black cab became such an icon

Celebrities, such as Stephen Fry, have purchased black cabs themselves and drive through London in these iconic cars. While they are often stopped by many people along the way and even have people getting into the back, black cabs have become a collector’s item for many car lovers. It is probably the design that makes the vehicle so popular.

The comfortable interior stands out more than that of many more spacious cars, which is why the design has remained consistent for so long. The history of the iconic black cab goes back nearly 400 years and is the most loved taxi in London, both for cabbies and passengers.

What is the difference between Hackney cabs, mini cabs and Uber

UK regulations define a hackney carriage as a taxicab licensed to drive the streets to pick up passenger fares. Drivers must be licenced and have passed the knowledge test to prove they know the London streets, and there are local alternatives.

Elsewhere, councils have their own regulations. Some merely require a driver to pass a DBS disclosure and have a reasonably clean driving licence, while others use their own local versions of London’s The Knowledge test.

Minicabs and Uber have no such tests or licence, and can only be booked via an operators knowledge or app. With GPS and sat navs it could be argued that the knowledge is obsolete, but there is a reassuring safety in that all drivers are licensed, DBS checked and approved. With mini-cabs and Uber the driver could be anyone. 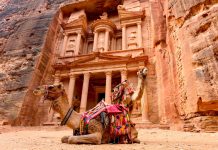 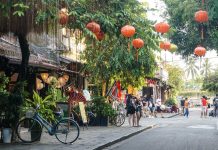 The most top-rated UK landmarks most popular with visitors